Liz showed me this gorgeous location set in the Sydney Harbour National Park, last week & I have been waiting for an opportunity to trek down there and photograph it.  I set my alarm for 4:10am and was on location a bit early – but better than running late for a sunrise shoot.  Dawn light was average and I soon realised that the location was sheltered from the direct sunrise (which is probably why not many images appear on Flickr, etc…).  Regardless, it was still a lovely morning to be up nice and early and I got a couple of nice shots.  I think this is more a location to be shooting during the day with a polariser on. 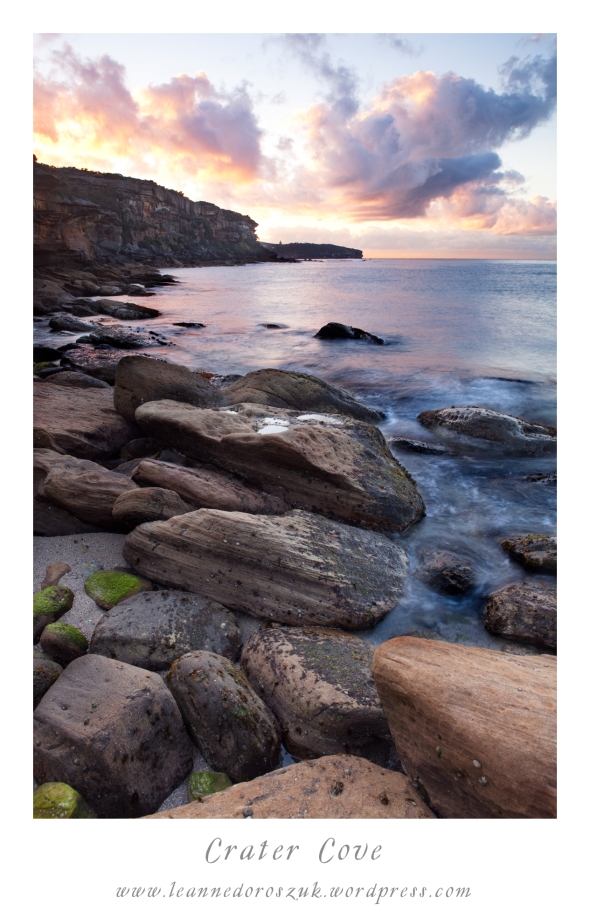 This is an image blend from 3 shots, as it was so dark on the rock face at that time of the morning.

The best part about this location is the old fishermen shacks on the cliff face.  It has a very interesting history: http://pacific-edge.info/hidden-path-to-a-coves-history/ 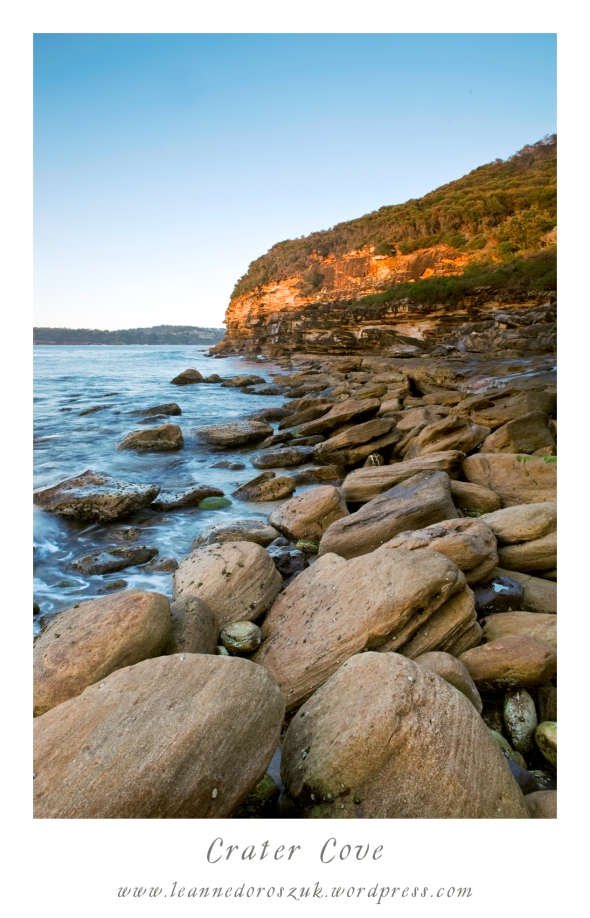